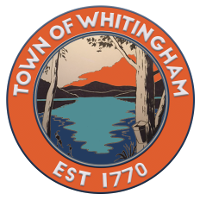 Libraries aren’t just about books anymore. Ours offers free wifi, a wide range of community programs, and regular Movie Nights. Plus, cardholders have access to digital catalogs and databases. Book Group meets each month on the 1st Monday of the month at 5pm.January 2020:  Becomming by Michelle ObamaBecoming is the memoir of former United States first lady Michelle Obama published in 2018. Described by the author as a deeply personal experience, the book talks about her roots and how she found her voice, as well as her time in the White House, her public health campaign, and her role as a mother. February: The Adults, by Caroline Hulse“If Love, Actually and National Lampoon’s Christmas Vacation are your two favorite holiday movies, you’re going to love The Adults.”—BustleNAMED ONE OF THE BEST BOOKS OF THE YEAR BY REAL SIMPLE • “Sometimes a nasty family comedy is just what you need for the holidays.”—Entertainment WeeklyMarch: March 18th at Pettee Memorial Library 6 pm  The Hate You Give, by Angie ThomasVermont Reads 2020 selection.April: The Educated, by Tara WestoverShe enters a classroom for the first time at 17; born to survivalists in the mountains of Idaho; she never went to a doctor or to a school; she was self educated; she then went to BYU and then on Harvard.

May: Bird Cloud, by Annie Proulx (memoir)Annie Proulx, one of America's finest writers, invites us to share her experience in the building of her new home on a rich plot of untouched, unspoilt prairie and her pleasure in uncovering of the layers of American history locked beneath the topsoil.June: The Nickel Boys, by Colin WhitheadBased on the real story of a reform school in Florida that operated for one hundred and eleven years and warped the lives of thousands of children, The Nickel Boys is a devastating, driven narrative that showcases a great American novelist writing at the height of his powers.July: Being Wrong, by Kathryn SchultzJournalist explores whe we find it gratifying to be right and so maddening to be mistaken and how this attitude toward error corrodes relationships.She claims that error is both given and a gift....one that can transform our world views, relationshiops and ourselves.August: Olive Again, by Elizabeth StroutElizabeth Strout continues the life of her beloved Olive Kitteridge, a character who has captured the imaginations of millions of readers.September: The Great ALone,,by Kristin HannahA novel set in 1974 Alaska. Ernst Albright attempts a fresh start for his fmaily after he returns from the Viet Nam War.October: The Maytrees, by Annie DillardA novel of lifelonglet set on Cape Cod among the Provincetown's artist colony people beginning in the 1940's.November: The Rosie Effect, by Gaeme C. SimsionThe Wife Project is complete, and Don and Rosie are happily married and living in New York. But they’re about to face a new challenge.December: Fleishman is in Trouble, by Taffy Bradesser-AkinerFunny, full of shrewd observations, barbed wit and deep insight.